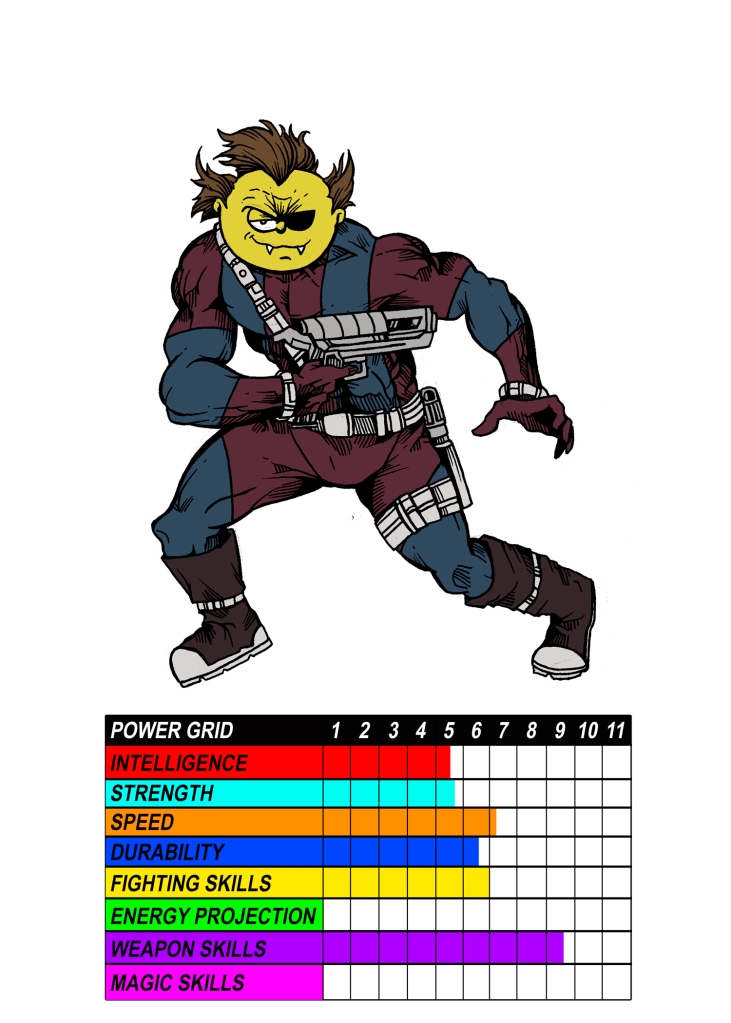 REAL NAME: Mathgar Lackin
ORIGIN: As the Heaven-chosen protector of the planet Batgove, Mathgar won the right to accept the posers of heaven after surviving a series of televised “Power Games.” An ancient tradition, the games had decided the newest protector of Batgove by forcing potentials to survive a week-long to-the-death showdown where the winner earns the right to represent the planet.
HEIGHT: 5’11
WEIGHT: 221
EYES: Black
HAIR: Brown
POWERS: While Barrage has increased strength, speed, and agility, he is also well-trained in a number of martial arts, and has battlefield experience from years in the Batgove military. His knowledge of weapons is top-notch, and his ability to utilize those weapons is unmatched.
GROUP AFFILIATIONS: None
FIRST APPEARANCE: Pen Man #0 (Original Universe)