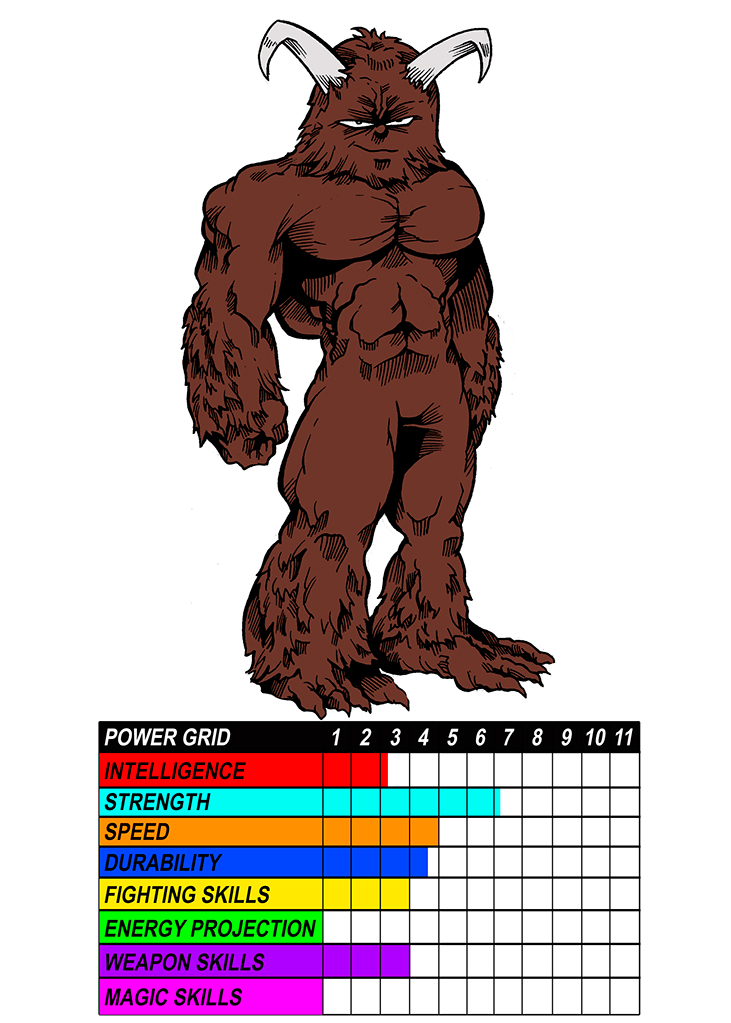 REAL NAME: Kevin Kross
ORIGIN: Kevin Kross was born different. Early in his life he realized he could sense things others couldn’t. He could see better, hear better, and his sense of smell was heightened to such an extent that became nearly unbearable. When he was ten he began transforming into something else when there was a full moon. When he was eighteen he transformed completely.
HEIGHT: 8’0
WEIGHT: 453
EYES: Black
HAIR: Red
POWERS: Beowulf’s strength, speed and agility are far beyond that of a normal man. On top of that, his senses are heightened to incredible levels, capable of hearing and smelling things from miles away, and seeing incredibly well in low-light situations.
GROUP AFFILIATIONS: None
FIRST APPEARANCE: Pen Man #5