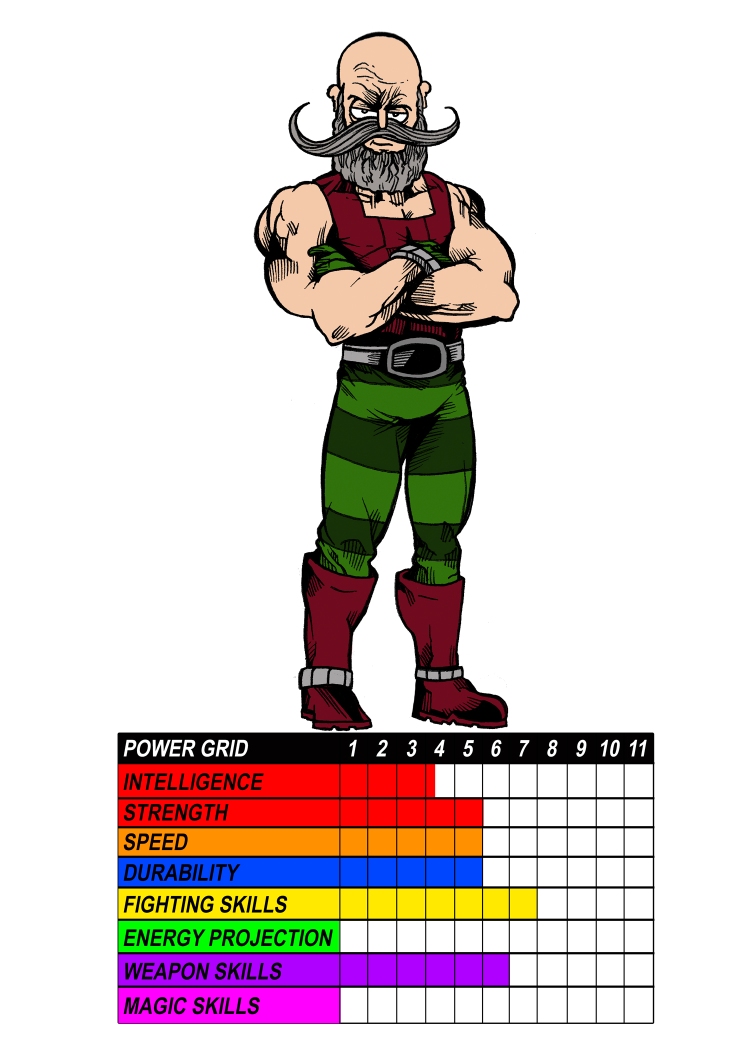 REAL NAME: Unknown
ORIGIN: Next to nothing is know about the origins of Claus, other than the fact that he’s from an unknown alien world he’s occasionally referred to as the “North.” His ship crash landed on a Batgovian moon many years ago. Claus made friends with the locals, eventually aiding them in their war against the Carvadsian army. Eventually he found his way to Earth and joined the the superhero team known as The League. When his time with the League was done, he returned to space.
HEIGHT: 6’1
WEIGHT: 240
EYES: Green
HAIR: Gray
POWERS: While being a master of various fighting styles and weapon techniques, Claus also has superior strength, speed, agility, and durability. His race also seems to age much slower than any known race in the galaxy. Physically, he’s remained exactly the same since he first landed on that Batgovian moon many years ago.
GROUP AFFILIATIONS: The League
FIRST APPEARANCE: X-League #0 (Original Universe)