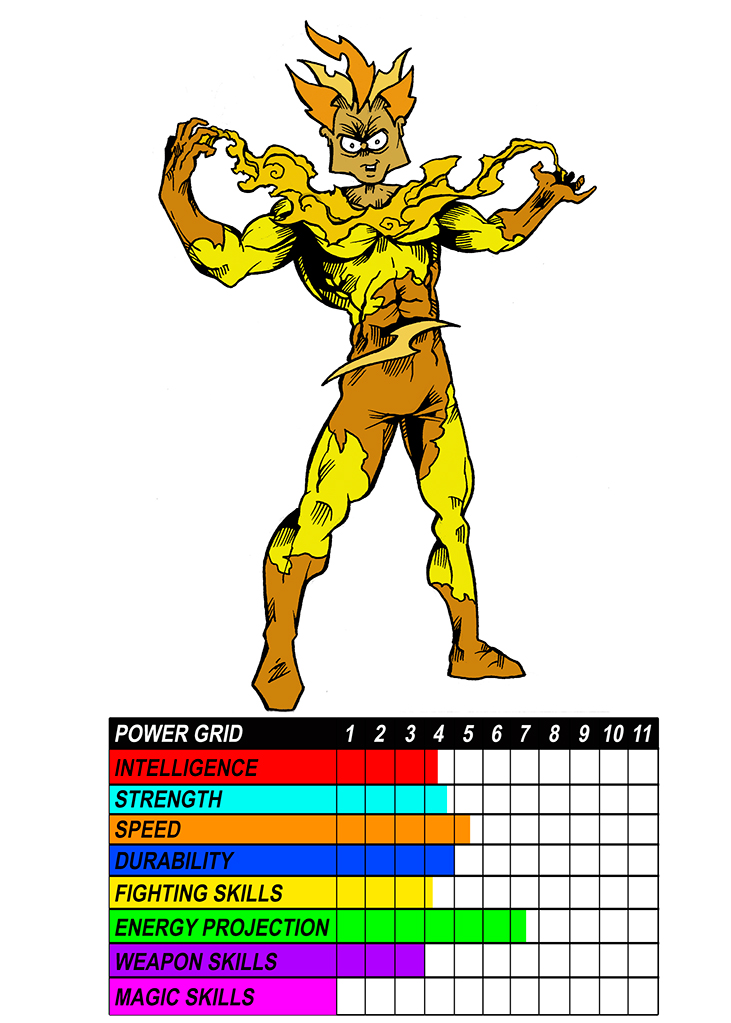 REAL NAME: Dwayne Gaston
ORIGIN: When Dwayne Gaston was laid off from his position at Melatonics Enterprises due to automation, he was pissed. Really pissed. Broke, homeless, living in his car and unable to find work, he decided to get revenge on his former superiors at Meltonics. Unfortunately for him, in his attempt to blow up the building, one of his explosives backfired, sent him careening into an experimental piece of electronics, and imbued him with incredible powers.
HEIGHT: 6’0
WEIGHT: 195
EYES: Orange
HAIR: None
POWERS: While Dwayne has enhanced physical gifts, his most incredible ability is the fact that he’s able to control, and bend electricity to his will. He can use it as  a blast of energy, transform it into a protective shield, and even transform it into a solid form which he can ride.
GROUP AFFILIATIONS: None
FIRST APPEARANCE: Pen Man #5