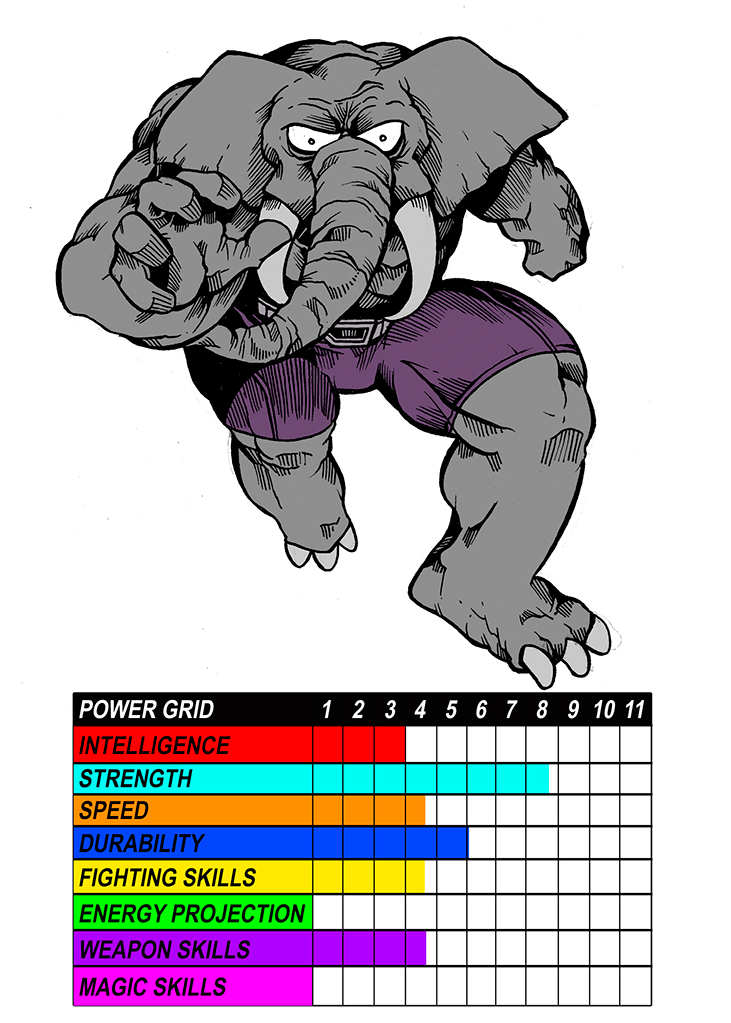 REAL NAME: Dirk Derrickson
ORIGIN: Dirk Derrickson was pilot whose plane experienced sudden engine failure over the Atlantic ocean. Amazing, Dirk was able to crash on an uncharted island. When he awoke, Kevin found that he had washed ashore on what he assumed was a deserted island. Kevin quickly discovered the island was inhabited by a reclusive scientist named of Doctor Randall and a whole host of his genetically spliced monsters. Kevin was captured, experimented on, and transformed into a half human-half elephant hybrid.
HEIGHT: 8’11”
WEIGHT: 1,003 lbs.
EYES: Grey
HAIR: None
POWERS: Elephant Man has the incredible strength of an elephant as well as a super-thick skin that not only makes him impervious to bullets, but enables him to withstand incredible damage from even the most powerful superpowered humans. His tusks are nearly unbreakable and can be used as weapons as well.
GROUP AFFILIATIONS: None
FIRST APPEARANCE: X-League #1 (Original Universe)