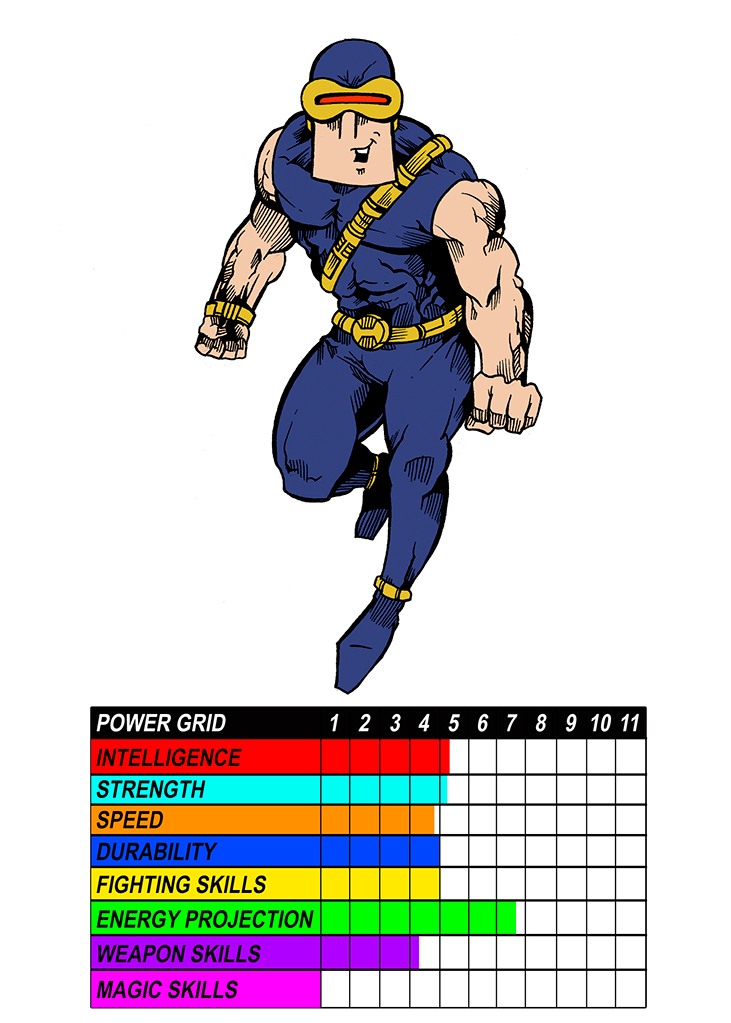 REAL NAME: Brent Barry
ORIGIN: Brent Barry was out of work and struggling to make ends meet. Unable to pay the medical bills for his sickly mother, he subjected himself to a series of unregulated tests that went haywire and ended up giving him the ability to shoot blasts of energy from his eyes. With his newfound abilities he spent a short period of time robbing banks and doing whatever he could to make extra money. In the end, none of it mattered. His mother died. On her deathbed she made him promise to turn his life around.
HEIGHT: 6’0
WEIGHT: 207
EYES: Red
HAIR: Blond
POWERS: Eyes Man has the ability to fire compressed blasts of pure energy from his eyes that’s capable of melting steel, transforming stone to dust, and literally melting bone. His strength, speed, and agility are beyond that of the average person.
GROUP AFFILIATIONS: None
FIRST APPEARANCE: X-League #1 (Original Universe)