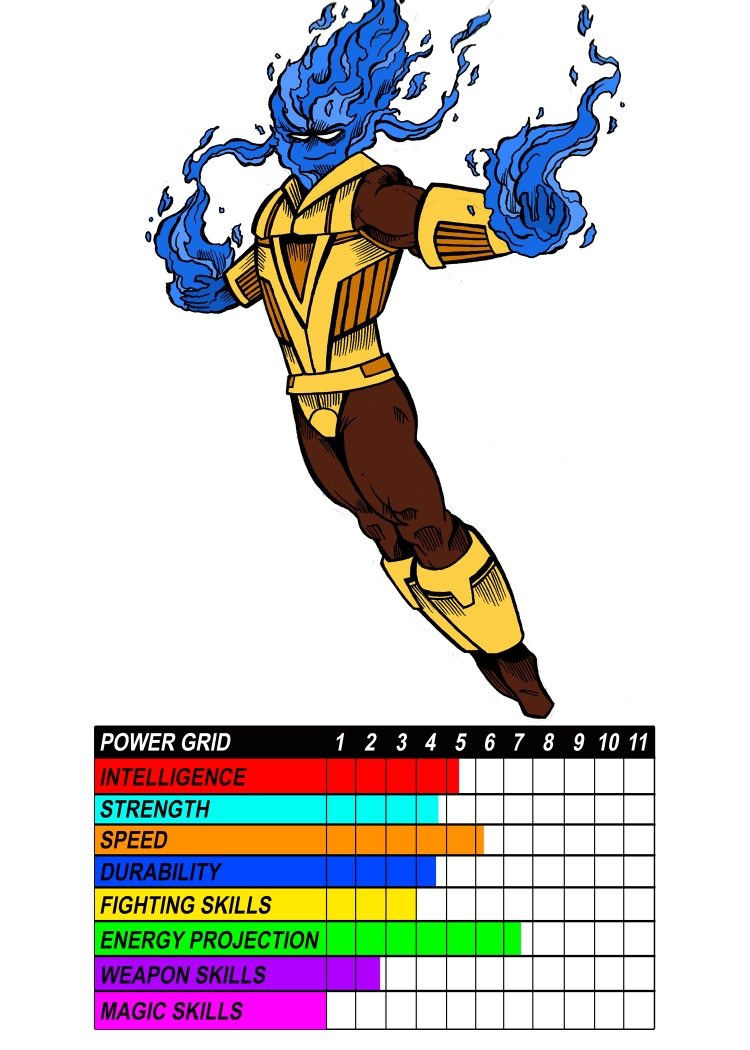 REAL NAME: Unknown
ORIGIN: Little to nothing is known about the superhero calling himself Fuego. While he has claimed from time-to-time to be from the future, no one has been able to legitimize those claims.
HEIGHT: 5’11
WEIGHT: 198
EYES: Blue
HAIR: None
POWERS: While the true extent of Fuego’s powers remain clouded in mystery he does have enhanced strength, speed and agility. A percentage of his body seems to be made out of some sort of blue flame of which he has complete control and can project from his limbs in the form of energy blasts. He also has the ability to fly at remarkable speeds, though it’s unclear if this is because of the flames, or the hi-tech gauntlets he wears on his arms and legs.
GROUP AFFILIATIONS: None
FIRST APPEARANCE: Pen Man #22