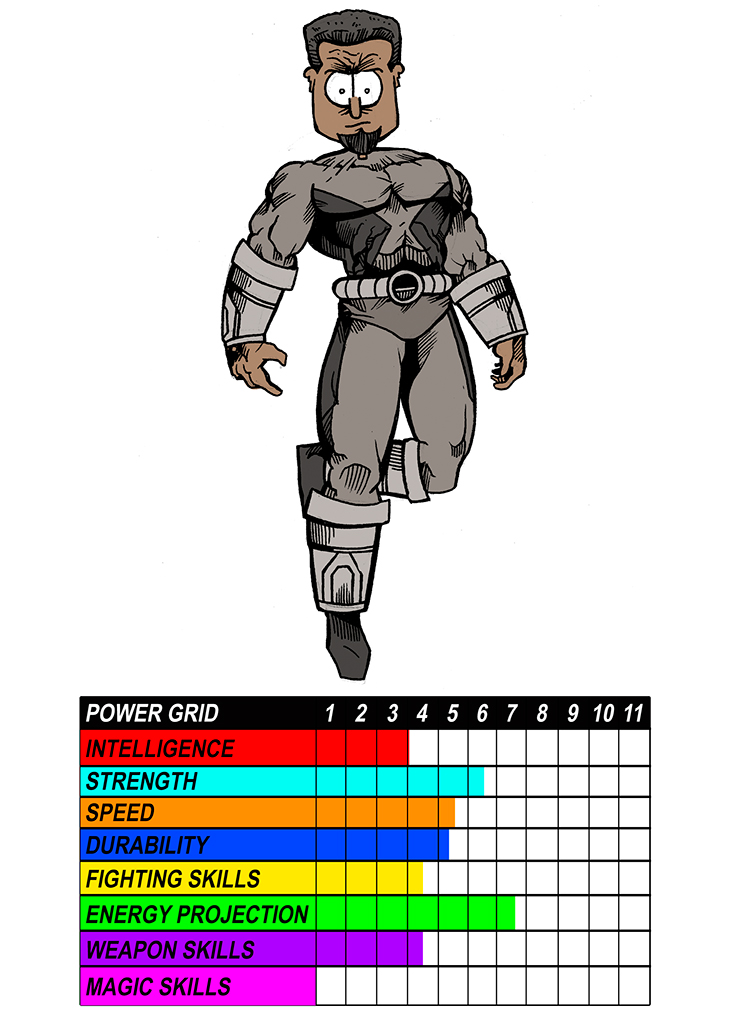 REAL NAME: Eric Sanchez
ORIGIN: Early in his life, Eric Sanchez realized he had the ability to manipulate gravity. Ashamed of what he was, and what he might become, Eric spent his youth trying to hide his abilities from his family and friends. Unfortunately, when he was thirteen, he found himself unable to contain his evolving powers, and an accident resulted in the death of his parents and his youngest sister.
HEIGHT: 6’1″
WEIGHT: 235 lbs.
EYES: Brown
HAIR: Black
POWERS: Gravity has the ability to manipulate gravity in any number of ways, including using it to make himself, stronger, faster, denser, and give him the ability to fly, fire “energy” projectiles, and control various forms of matter.
GROUP AFFILIATIONS: None
FIRST APPEARANCE: Pen Man #10