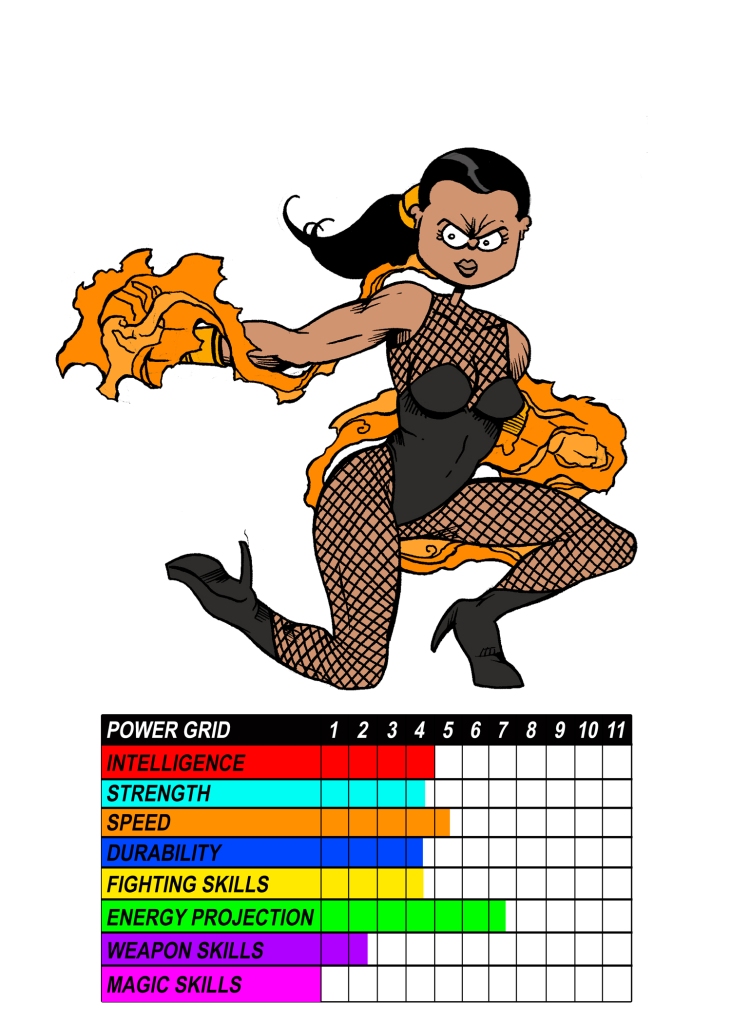 REAL NAME: Danielle Dawson
ORIGIN: Danielle Dawson was one of the top undercover detectives working in the superpowers division of the LAPD. While investigating a case she was kidnapped by a small-time villain named, Electrowatt, and tortured for information. During the torture, and accident occurred and Danielle somehow absorbed Electrowatt’s ability to control electricity. Shortly afterward, she quit the LAPD and joined the supergroup, The League.
HEIGHT: 5’5″
WEIGHT: 125
EYES: Black
HAIR: Black
POWERS: Lady Lightning has the ability to not only control and manipulate existing sources of electricity, but create it from thin air as well. The energy is mainly manipulated from her hands. While she has no extra-ordinary strength, she is a trained fighter, detective, and possesses above average agility and strength.
GROUP AFFILIATIONS: The League
FIRST APPEARANCE: X-League #1 (Original Universe)