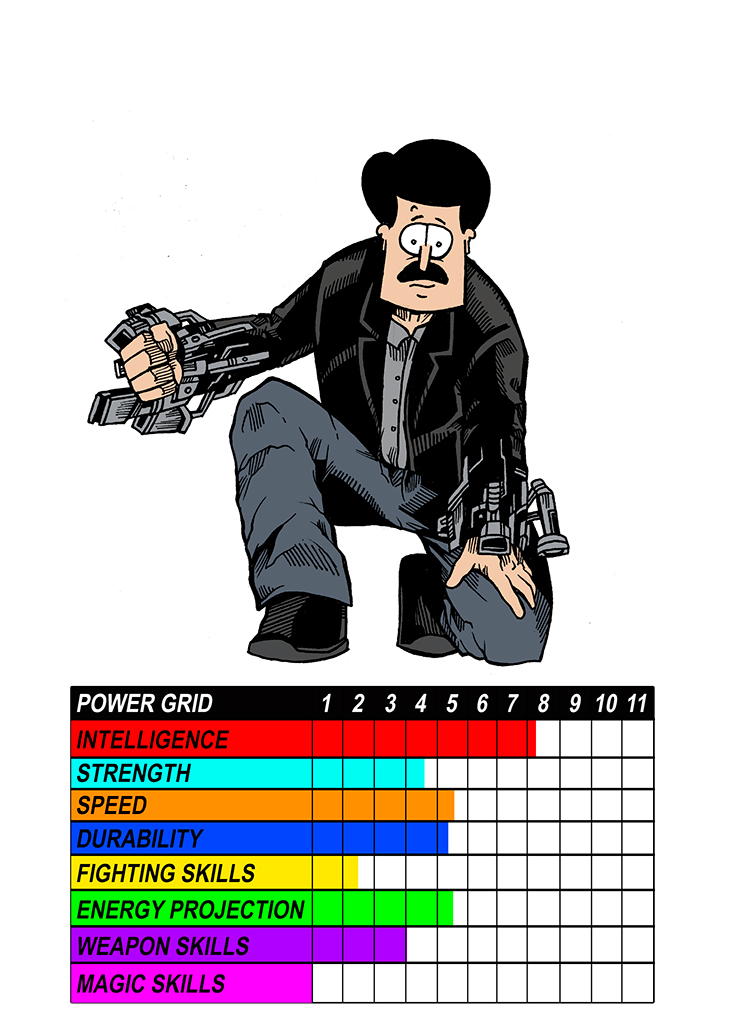 REAL NAME: Steven J. Beno
ORIGIN: Steven J. Beno showed and aptitude for science at an early age. After graduating top of his class, he used his family connections to create BeanEnterprises. The company specialized in government projects, including weapons, clean energy, and various hi-tech creations. The company grew to become one of the largest, most profitable, corporations in the world. In his spare time, Beno created a high-tech leather jacket for personal protection.
HEIGHT: 5’11”
WEIGHT: 185 lbs.
EYES: Black
HAIR: Green
POWERS: While Beno himself has no special abilities of which to speak, his jacket is capable of an almost anything, including giving him the ability to fly, increasing his strength, his speed, and enhancing his agility. The super-tech nanomites can construct weapons, and shields on command, and are limited only by the wearers creativity.
GROUP AFFILIATIONS: None
FIRST APPEARANCE: Pen Man #5 (Original Universe)