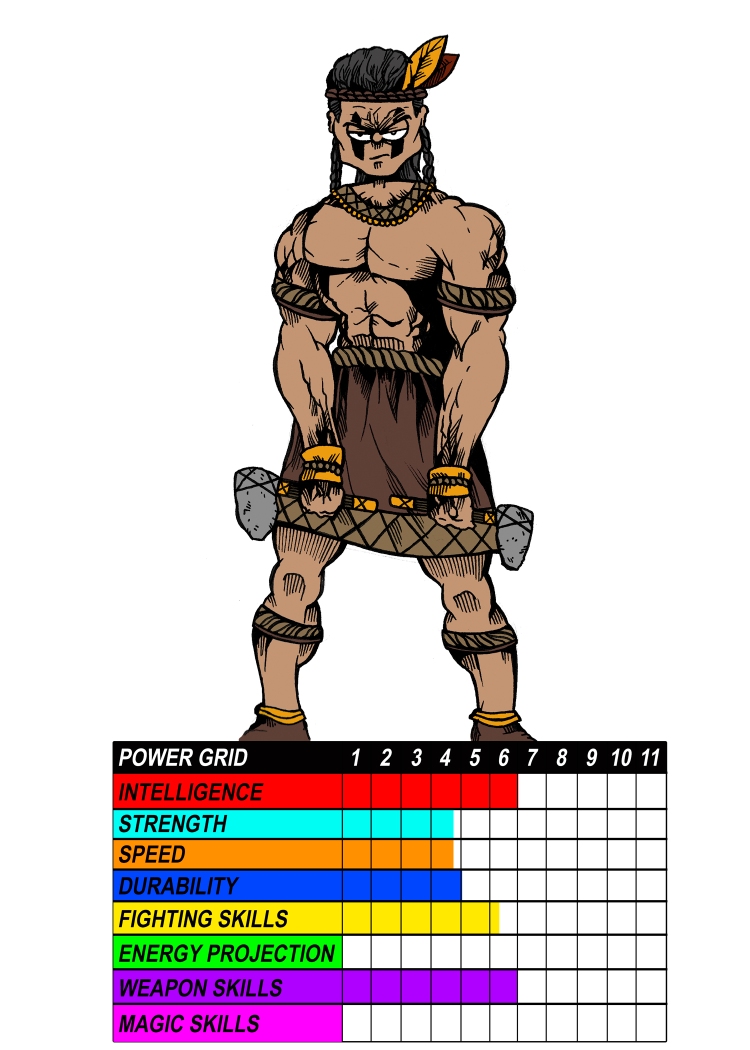 REAL NAME: Mato Watakpe
ORIGIN: Mato Watakpe (which literally translates to Running Bear) was a descendant of the Lakota tribe. Born on reservation, Mato was raised with a significant amount of distrust in the white man. Aspiring to overcome that distrust and forge a bridge between the two peoples, he accepted an invitation to join the first incarnation of The League. During his time with the team he utilized his remarkable skillset and saved the world on numerous occasions.
HEIGHT: 6’0
WEIGHT: 213
EYES: Brown
HAIR: Brown
POWERS: While Mountain Bear had no actual superpowers, his knowledge of ancient fighting techniques, battle knowledge and stealth applications, coupled with a natural fighting spirit, and years of training made him an invaluable member of The League’s original lineup.
GROUP AFFILIATIONS: The League
FIRST APPEARANCE: Novak Comics Origins: The League