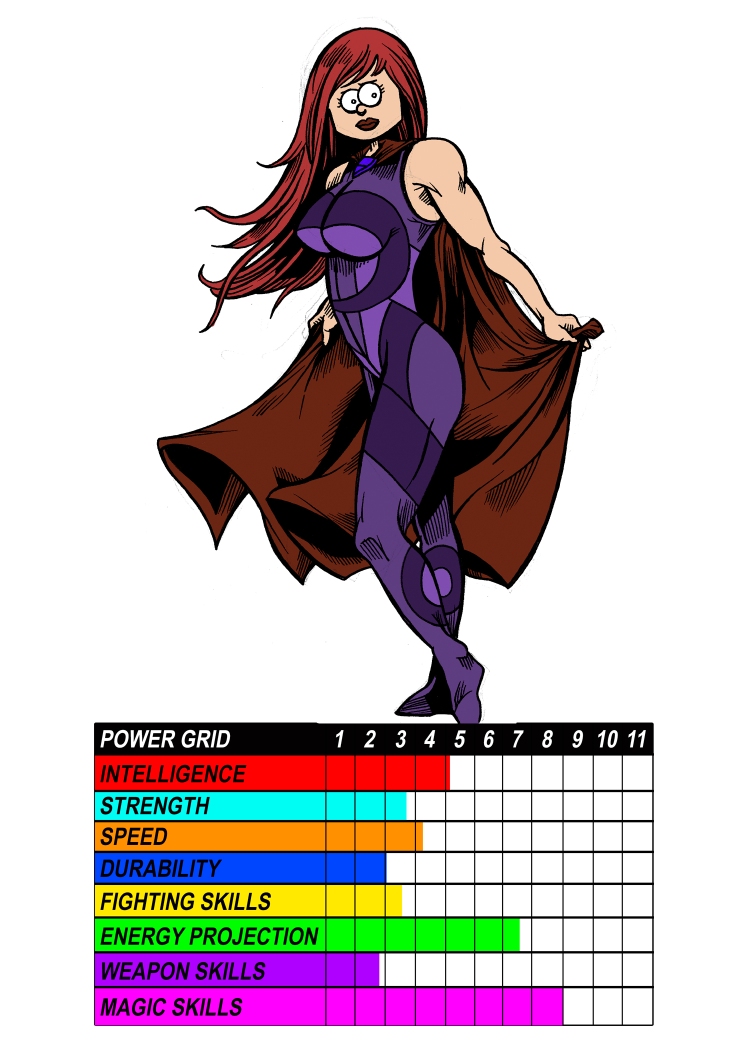 REAL NAME: Valaria Valiska
ORIGIN: Valaria was born a witch. As the daughter of former member of The League, The Red Witch, she was born into a bloodline of witches that began in the middle-ages. The problem was that she never wanted the powers. She hated being a witch. Hated the training that came with it. Hated the time it took to learn the ancient arts. Hated her mother for insisting that stick with her training. After a rebellious youth that forced her mother to take her to the mountains to learn the old ways away from society, Valaria eventually came to understand the importance of her place in history, and accept her life as a witch.
HEIGHT: 5’7
WEIGHT: 109
EYES: Blue
HAIR: Red
POWERS: A master of the mystic arts, Mystica has been studying her entire life to hone the skills already meshed into her DNA. She can project various forms of energy, control aspects of the weather, and call upon aid from beings from other realms of existence. Essentially, if there is a spell for it, she can probably do it.
GROUP AFFILIATIONS: None
FIRST APPEARANCE: Pen Man #21