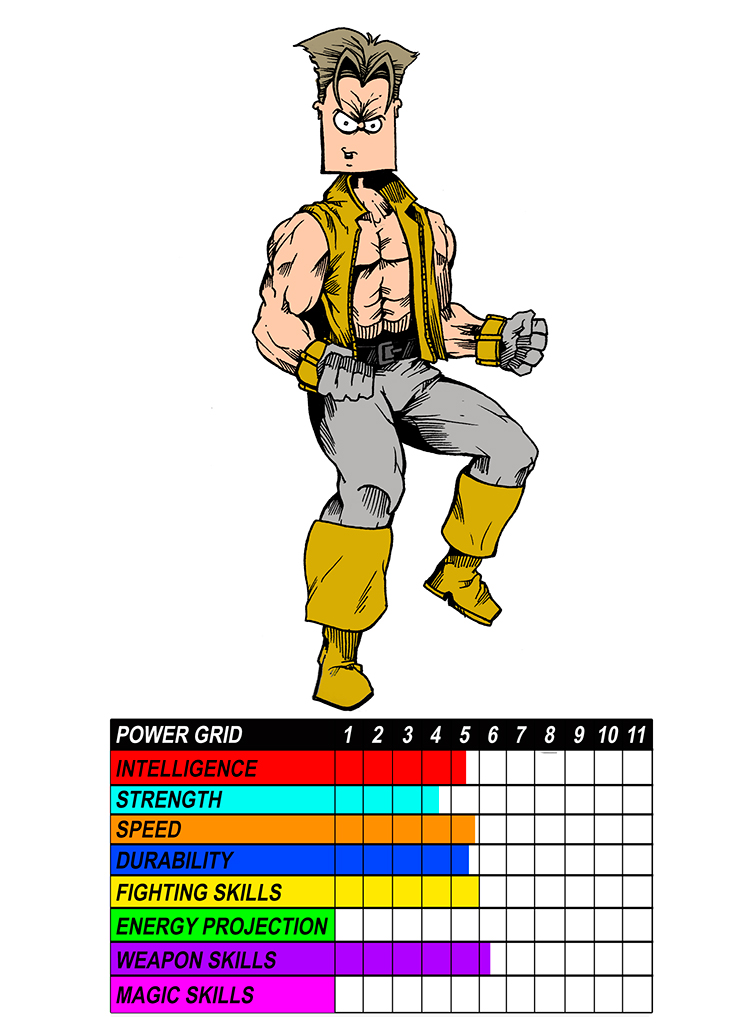 REAL NAME: Marc Mattney
ORIGIN: Marc Mattney never fully bought into his family’s “super-villain” persona. He resented his harsh upbringing and the punishments his parents so regularly dealt to he and his siblings. While he trained, learned to fight, and use the abilities passed down to him from birth, he secretly dreamt of the day he could forge his own path. When his parents were murdered by his oldest brother Matt, he immediately distanced himself from the Mattney name. Instead he moved to California, broke into the movie industry and used his abilities to make himself one of the hottest names in Hollywood, while doing a little “superheroing” on the side. After all, it’s good publicity.
HEIGHT: 6’0
WEIGHT: 214
EYES: Blue
HAIR: Blond
POWERS: Like the rest of the Mattney family, the Power M has been trained in multiple fighting styles. His strength, speed and agility are far above that of a normal person. While he has training in the use of various weapons, he prefers hand-to-hand combat.
GROUP AFFILIATIONS: None
FIRST APPEARANCE: Amazing Pen Man #1 (Original Universe)