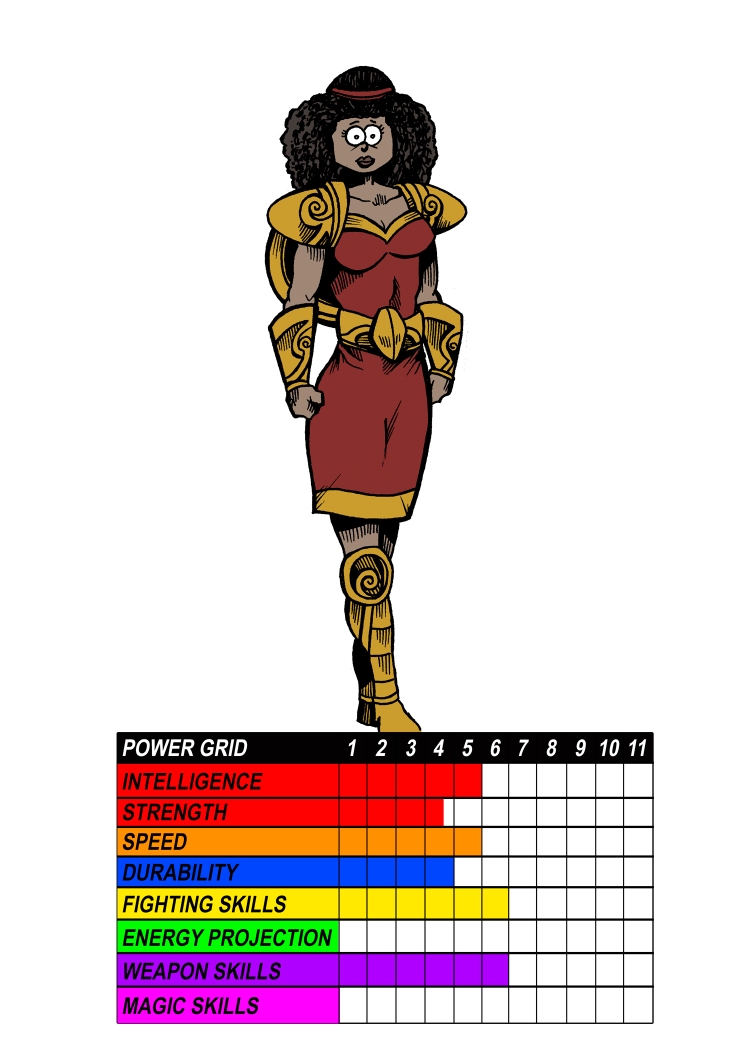 REAL NAME: Deliah Veritas
ORIGIN:As a descendent of an ancient order of warriors called The Hopefull, Deliah was groomed at birth to become a warrior. From an early age the was trained in multiple forms of combat, and became a master with various handheld weapons. Eventually she rose to become the leader of the Hopesfull. She was also the first of her kind to make a true and lasting peace with the people of the rest of the world, bringing the Hopesfull into the light after years of hiding away, and going so far as becoming an honorary member of The League.
HEIGHT: 5’9
WEIGHT: 112
EYES: Brown
HAIR: Black
POWERS: While she is a master in various fighting styles, weapons, and military tactics, Princess Deliah also possesses enhanced strength, speed, and agility. These abilities are given and maintained by a special liquid she consumes on the first full moon of the year. The right of this liquid is granted to her alone as the leader of the Hopesfull.
GROUP AFFILIATIONS: The League
FIRST APPEARANCE: Novak Comics Origins: The League