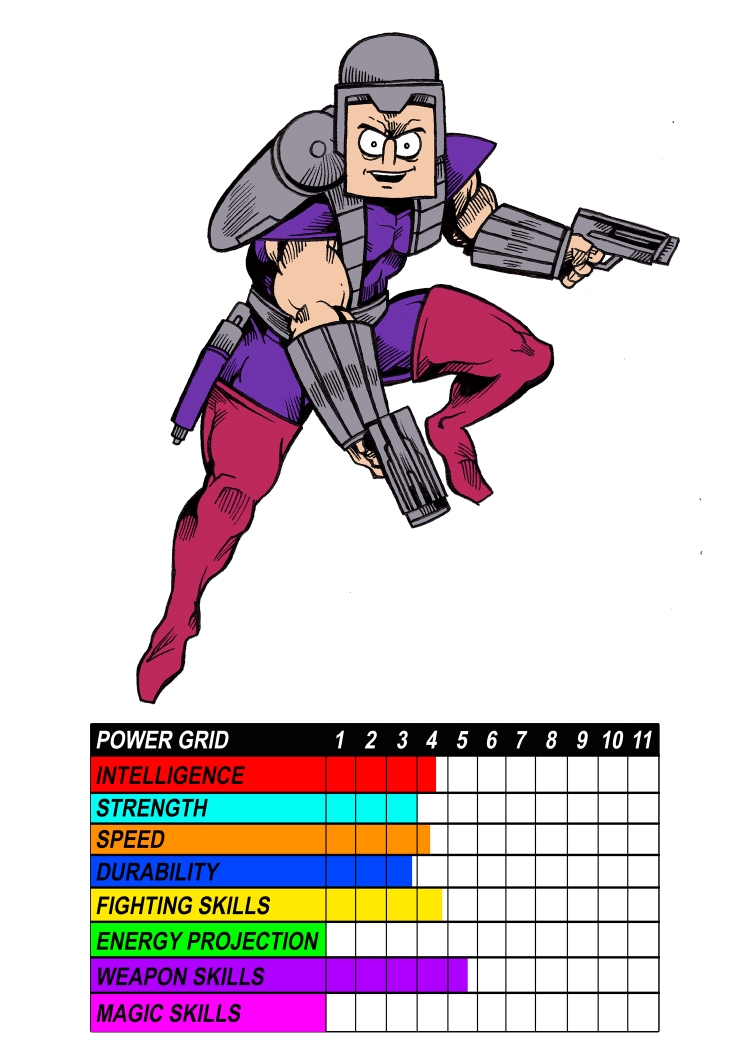 REAL NAME: Sam Sawyer
ORIGIN: Sam Sawyer was born angry. After his birth he was left on the door of an orphanage and raised in the system, bouncing from home to home and parent to parent. It was a lonely childhood. When he was a teenager he stumbled onto a blueprint for an experimental weapon and used his natural mechanical abilities to make it. With the new weapon in hand he set out to exact revenge on everyone who had wronged him.
HEIGHT: 5’8
WEIGHT: 189
EYES: Blue
HAIR: Brown
POWERS: The weapons of Purple Blast are capable of firing never-ending blasts of purple-colored energy that can penetrate nearly any metal on the planet. Purple Blast also used his amazing technical prowess to enhance his natural abilities including, strength, speed, and agility.
GROUP AFFILIATIONS: None
FIRST APPEARANCE: Pen Man #20