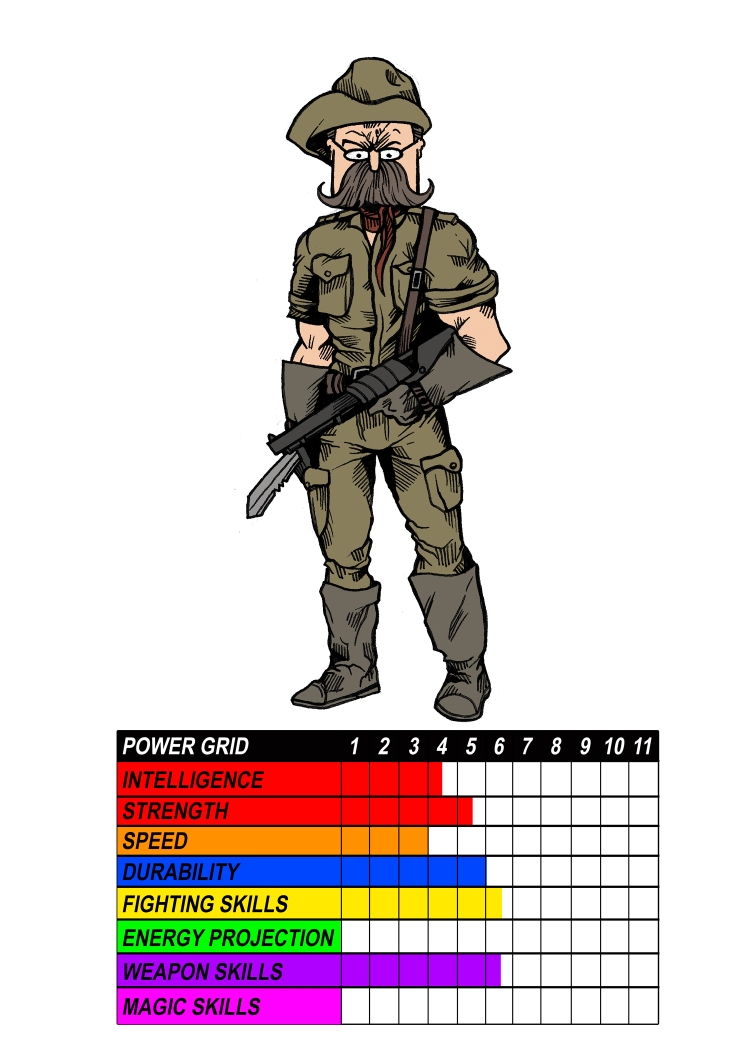 REAL NAME: William Theodore Lincoln III
ORIGIN: Willliam was born to a poor western family at the turn of the century. His childhood was a rough one. Always working. Always struggling. Never knowing where he next meal would come from. It was this experience that toughened him, sent him on the straight-and-narrow, and convinced him it was necessary to fight the “good fight.” With this in mind he became the first official member of The League and actually took part in recruiting its original members.
HEIGHT: 5’11”
WEIGHT: 206 lbs.
EYES: Blue
HAIR: Gray
POWERS: While The Rough Rider has no actual “super-powers” he is highly-trained in various forms of combat, as well as survival and has an extensive knowledge of the history of war. This All of this, as well as a steely-tough determination, make him a formidable foe.
GROUP AFFILIATIONS: The League
FIRST APPEARANCE: Novak Comics Origins Shorts