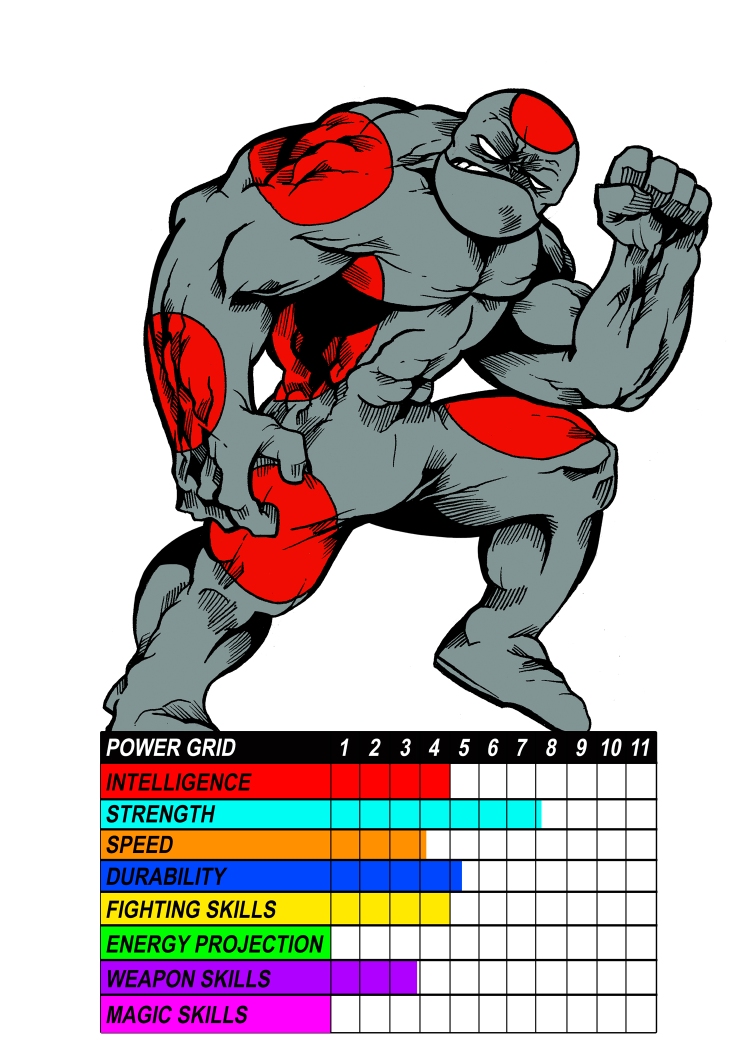 REAL NAME: Kim Tran
ORIGIN: Born in Osaka Japan, Kim Tran was an oversized, overly muscled child, so much in fact that the difficult pregnancy resulted in the death of his mother. Feeling unable to raise the strange child, Kim was turned over to the government, raised to not only understand and accept his special abilities, but harness them for the good of his country. After a life spent in the service of Japan, Kim set out on his own and found his way to the superpowered team known as Thunderstrike.
HEIGHT: 8’4
WEIGHT: 1,032 lbs
EYES: White
HAIR: None
POWERS: Saius’ strength is remarkable and growing every day. Most specialists agree that there may not be a point when he reaches maximum strength. His oversized body however, does slow him down. The suit, specially created by the Japanese government allows him to equalize his mass and makes it far easier for him to move. Without the suit he would have a difficult time even lifting his arms.  The suit can also absorb a massive amount of damage.
GROUP AFFILIATIONS: Thunderstrike
FIRST APPEARANCE: Pen Man #6
(Originally created by Nick C. Novak)