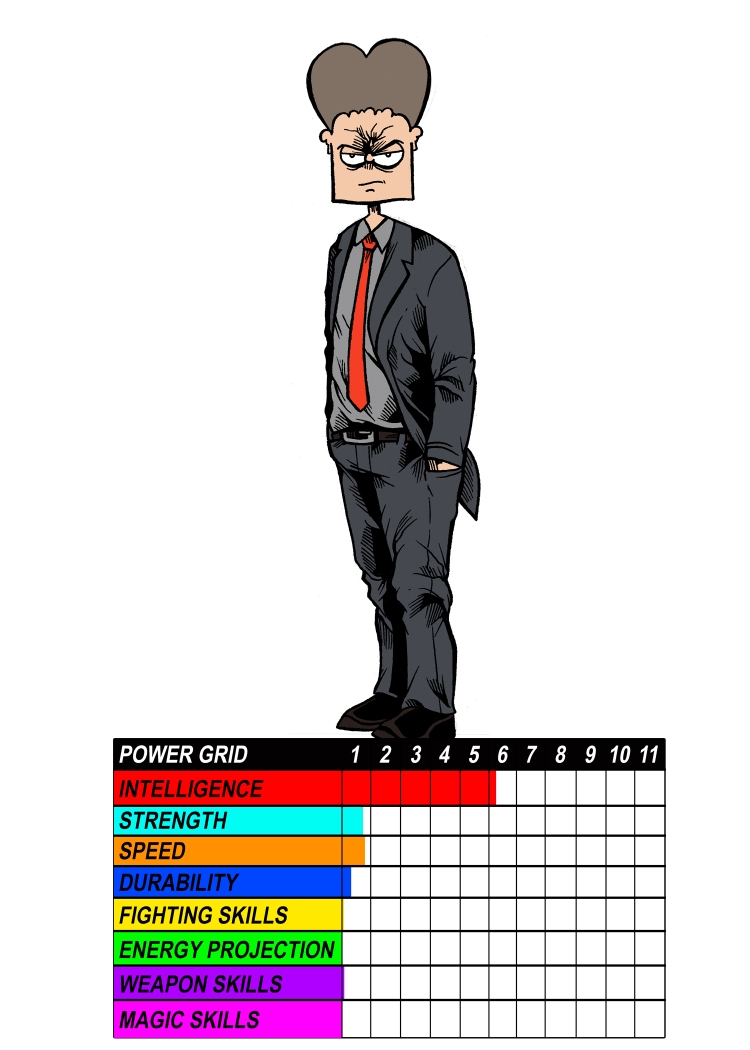 REAL NAME: Philip Adilos
ORIGIN: Born to a wealthy family in Greenwich, Connecticut, Philip Adilos was given everything as a boy. Because of his wealth and connections he was admitted to the best schools, shoehorned into top positions at his fathers company, and eventually used his family name to find his way into politics.
HEIGHT: 5’8
WEIGHT: 183
EYES: Brown
HAIR: Brown
POWERS: While Adilos technically has no superpowers of which to speak, his wealth, smarts, and political connections make him a formidable foe. His position as a Senator also grants him access to decision makers int he highest political offices as well as the military and the ears of the public at large.
GROUP AFFILIATIONS: None
FIRST APPEARANCE: Amazing Pen Man #1 (Original Universe)