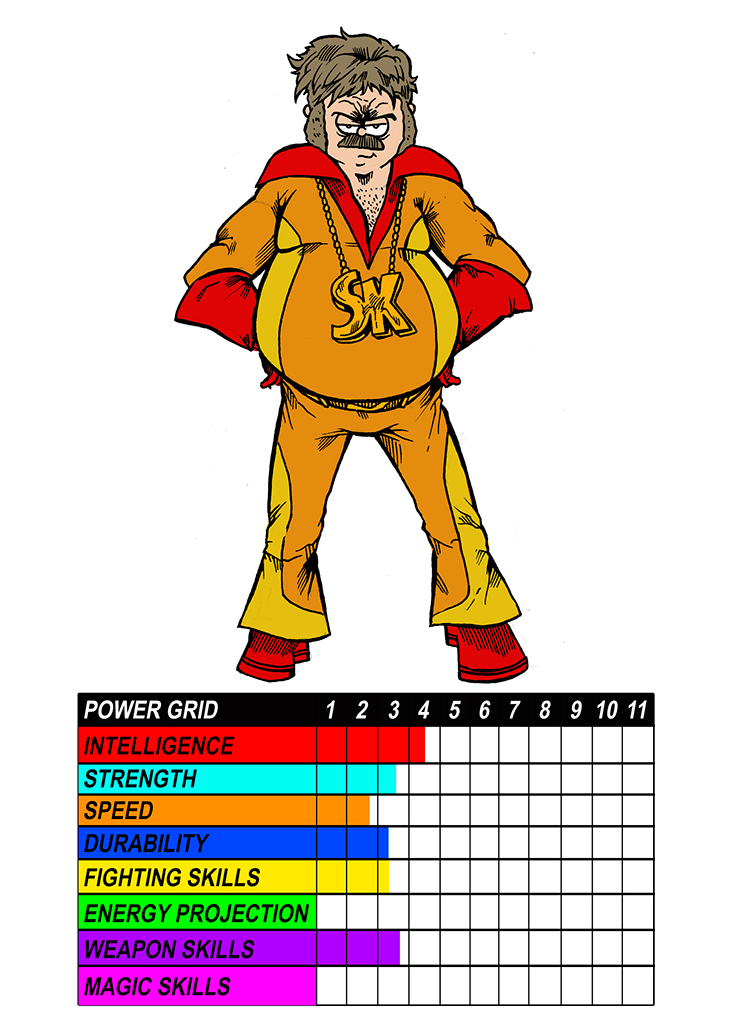 REAL NAME: Eric Radomski
ORIGIN: Born into a wealthy family of some political heft, Eric Radomski lived a mostly pampered life. His parents, however, were always distant, always busy, and rarely had time for the boy. Because of this he was raised by nannies, and babysitters, and teachers at the military academy where he was sent at an early age. Because of this, he ignored his family name and moved into a life of crime at a very young age.
HEIGHT: 6’0″
WEIGHT: 310 lbs.
EYES: Blue
HAIR: Brown
POWERS: The Sideburn King was born with the incredible ability to control his sideburns as if they were tentacles, using them to grab, strike, and choke opponents. The abilities of his burns are almost endless and their strength is formidable. While his sideburns have a wealth of incredible abilities, the rest of his body is mostly average in terms of strength, speed, and agility.
GROUP AFFILIATIONS: None
FIRST APPEARANCE: Pen Man #17 (Original Universe)