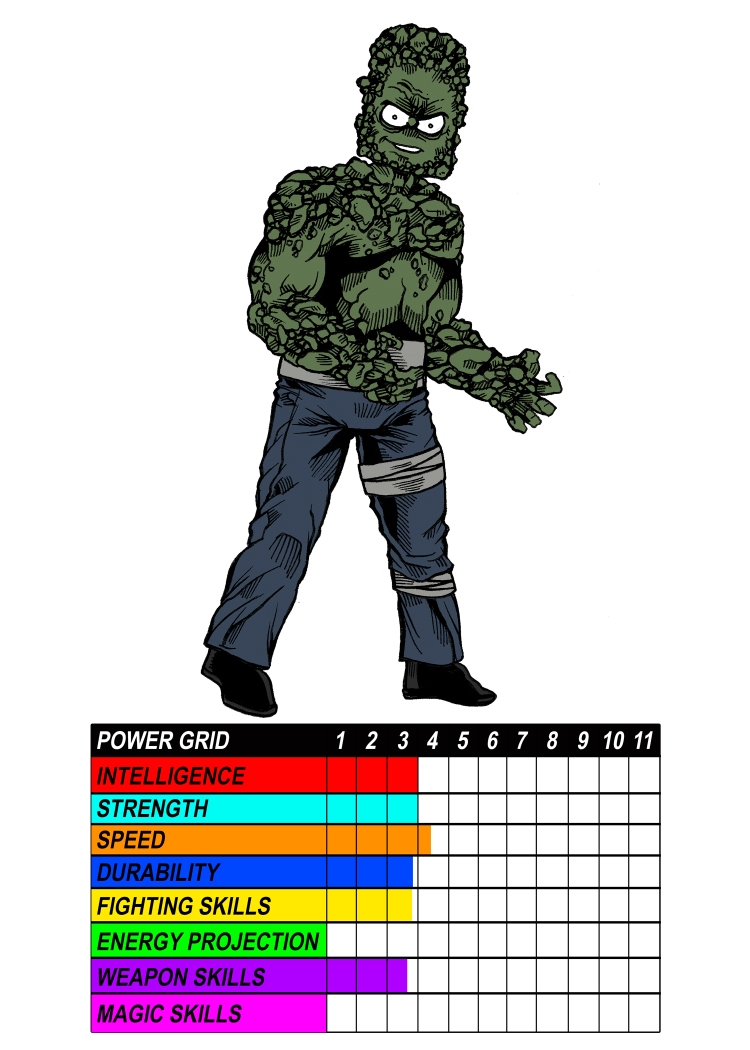 REAL NAME: Richard “Big Rich” Tucker
ORIGIN: Big Rich Tucker was working as a trucker (which rhymes) when he was involved in an accident with a tanker carrying a top secret fuel created by the military. The liquid covered his body and transformed his body on a cellular level into something entirely new. After spending a couple years being picked apart by the world’s top scientists, Rich grew tired of being a lab rat, escaped, and set forth on a life of crime.
HEIGHT: 6’0
WEIGHT: 201
EYES: Green
HAIR: None
POWERS: No one is exactly sure what Stuff is made of. He’s been poked, and prodded, and picked apart by the greatest minds on the planet Earth and they came to the conclusion that he is simply…stuff. The stuff on his body gives him an extra layer of protection, as well as enhancing his strength and durability.
GROUP AFFILIATIONS: None
FIRST APPEARANCE: Thunderstrike #3 (Original Universe)
Originally created by Nick C. Novak