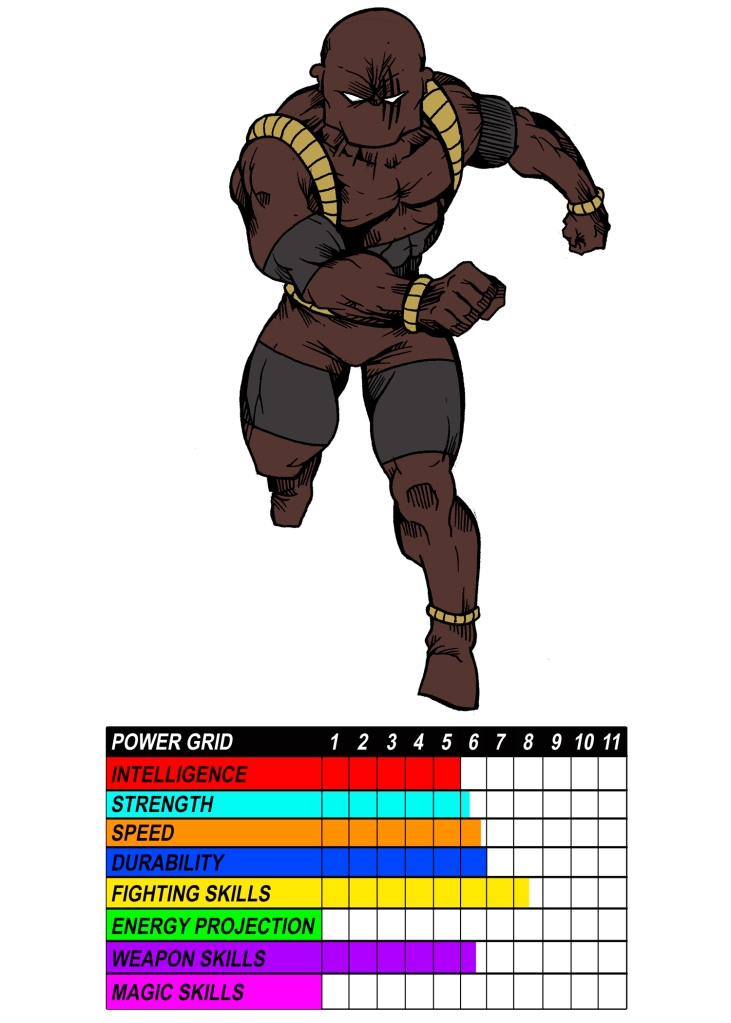 REAL NAME: Kern Trevor
ORIGIN: As the protector of the Gortha, Kern Trevor received his powers from Heaven shortly after a planet-wide civil war that claimed more than half the population. While a cease-fire had been signed between the warring sides, the treaty was broken and Kern’s wife and daughter were killed in an attack on his city. With his home and himself left in ruins he was approached by the God of Gortha and given the power to bring peace back to his people.
HEIGHT: 6’1
WEIGHT: 239
EYES: White
HAIR: Red
POWERS: Sudo has incredible strength, speed and agility. He also has the ability to fly, and occasionally project blasts of energy from his hands. As a decorated solider he has years of military and combat experience in real-life situations, having spent a massive chunk of his life fighting for the rebels in the civil war that decimated his planet.
GROUP AFFILIATIONS: None
FIRST APPEARANCE: Pen Man #0 (Original Universe)