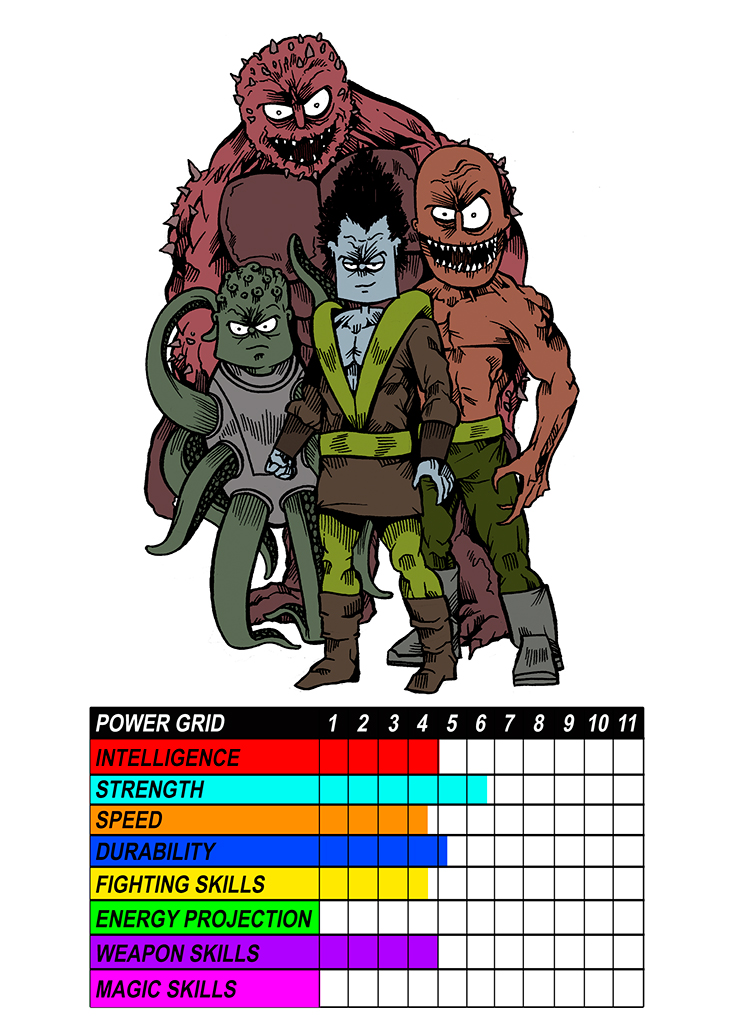 REAL NAMES: Unknown
ORIGIN: Born “different,” the members of The Freakshow were considered outcasts by society in some way or another. With nowhere to turn, they found each other, formed a group, and set out to take their revenger on the world that wronged them.
HEIGHT: Blue Boy (6’0) Tentacle (5’8) Clawful (7’6) Munch (6’7)
WEIGHT: Blue Boy (211) Tentacle (265) Clawful (383) Munch (292)
EYES: Varied
HAIR: Varied
POWERS: Each member of The Freakshow has enhanced strength, speed and agility on some level. Clawful is the  strongest among the group, Munch is the best fighter, and tentacle has…well…tentacles. Considered the leader of the group, Blue Boy has limited mental abilities and can control the minds of average human beings for short periods of time.
GROUP AFFILIATIONS: The Freakshow
FIRST APPEARANCE: Pen Man #5