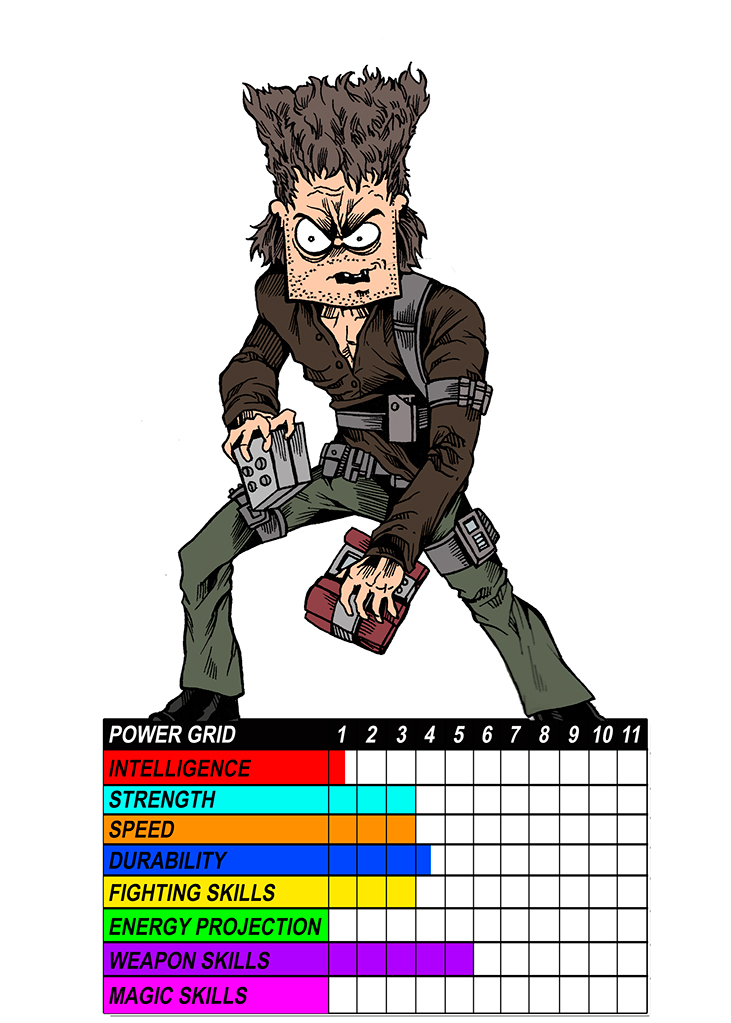 REAL NAME: Unknown
ORIGIN: While the true origin of The Mad Bomber is unknown, there are rumors that he was once a military specialist in the armed forces, and probably had some sort of speciality in explosives. Then again, he could have picked it all up from the internet? Who knows?
HEIGHT: 6’0
WEIGHT: 192
EYES: Brown
HAIR: Brown
POWERS: The Mad Bomber technically has no “superpowers.” His strength, speed, and agility are slightly above average when compared to that of a normal human being. His knowledge of explosives is extensive (above military specialist levels). Most importantly the fact that he is completely and totally insane, make him an incredibly unpredictable opponent.
GROUP AFFILIATIONS: None
FIRST APPEARANCE: The Rocketeer Raccoon #12 (Original Universe)