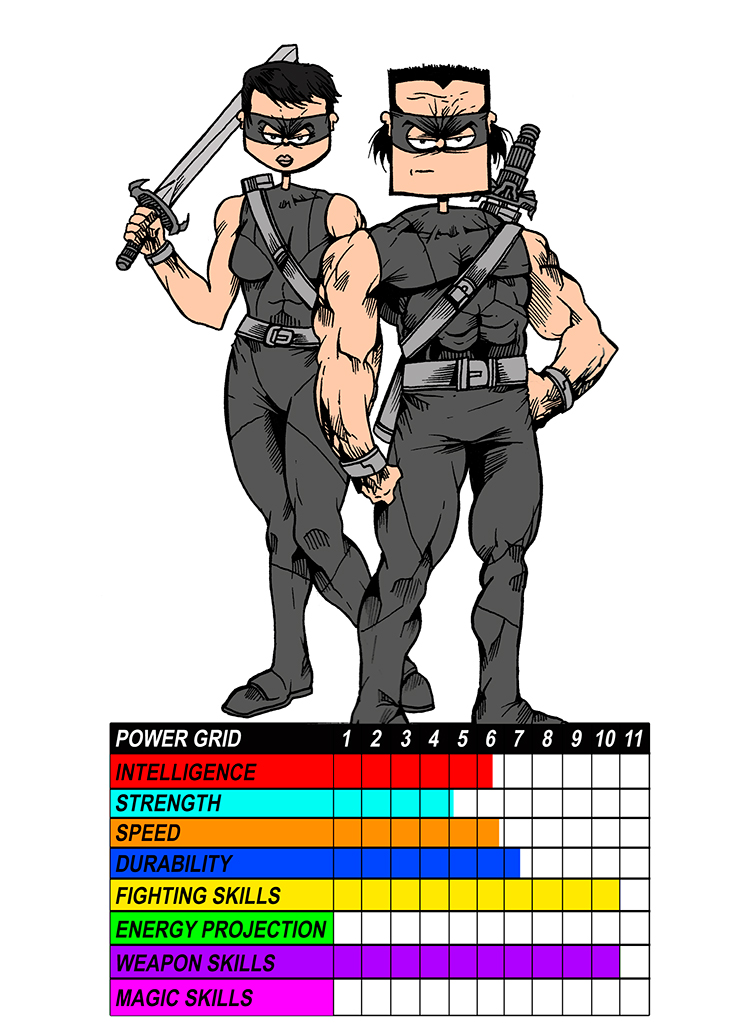 REAL NAME: Muriel and Marcus Mattney
ORIGIN: Disgruntled and super-powered, Muriel and Marcus met as teenagers. They had similar upbringings, both rejected by their families because of their abilities, having grown up on the streets, angry at the way the world had treated them. They trained together. Stole together. Killed together. And eventually raised a family together. Eventually they were murdered by their own son, leaving behind a legacy of mayhem and destruction.
HEIGHT: Marcus (6’1) Muriel (5’9)
WEIGHT: Marcus (234) Muriel (131)
EYES: Brown (Both)
HAIR: Black (Both)
POWERS: Both Mattney’s were born with enhanced natural abilities. Their strength, speed, agility, and ability to absorb punishment were far beyond that of normal human beings. Marcus also a low-level healing ability, and Muriel was able to utilize almost anything as a weapon.
GROUP AFFILIATIONS: The Mattney Family
FIRST APPEARANCE: Novak Comics Origins #1 (Original Universe)