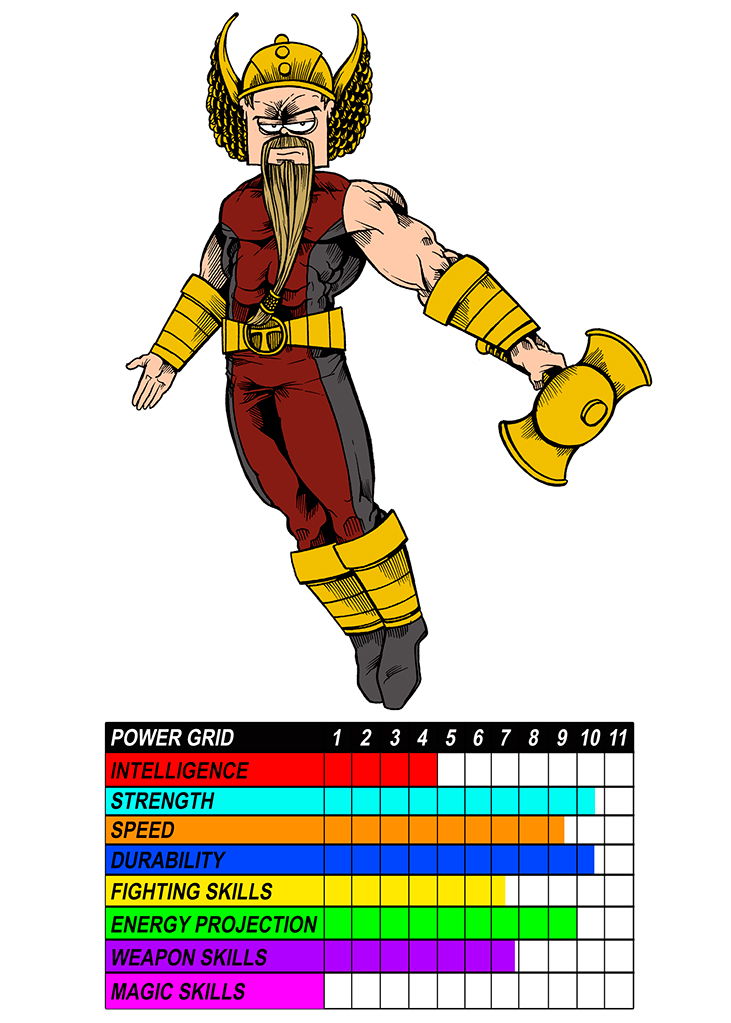 REAL NAME: Thor
ORIGIN: The eldest, and favored son of Odin, Thor has been given the lion’s share of the Heavenly powers once bestowed upon his father. Those powers, through science, magic, and generations of work, have been magnified to remarkable levels. Thor’s upbringing was stern, focused exclusively on preparing him to take his place as the ruler of Asgard upon his father’s death.
HEIGHT: 6’5
WEIGHT: 387
EYES: Blue
HAIR: Blond
POWERS: Thor was gifted incredible strength, speed, and agility early in his life. He has spent the time since then further harnessing and learning to utilize those powers. His weapon, Mjolnir, was created specifically to funnel the energies coursing through his body into a single, destructive force. When it comes to pure energy, there are few in the world as well-rounded and powerful as the first son of Odin.
GROUP AFFILIATIONS: None
FIRST APPEARANCE: Burn #1 (Original Universe)