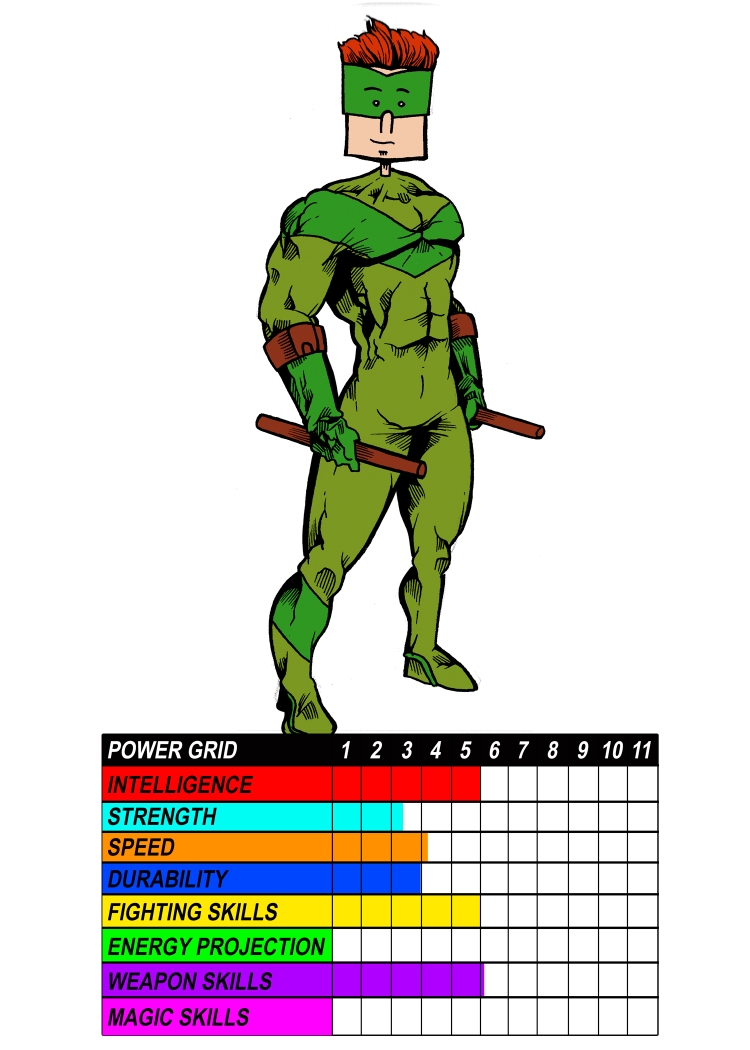 REAL NAME: Matthew Middletich
ORIGIN: Matt Middletich was born with the ability to learn, copy, and replicate almost any fighting style known to man. If he saw it, he could do it. As a born this made him an incredible athlete in multiple sports, including football, basketball, and wrestling. When he was a teenager his father was murdered in an alley after failing to pay on gambling debts. It was at this moment that Matthew decided to devote his life to taking down criminals and led him to the superteam known as the Fearsome Five.
HEIGHT: 5’11
WEIGHT: 200
EYES: Green
HAIR: Red
POWERS: Because of his ability to mimic any fighting style, Thrill is a formidable opponent to almost anyone he comes up against. He is able to not only match the moves of the person he’s fighting, but anticipate their moves before they make them. His body has been worked to the peak of human efficiency, including strength, speed, and agility.
GROUP AFFILIATIONS: Fearsome Five
FIRST APPEARANCE: Pen Man #25