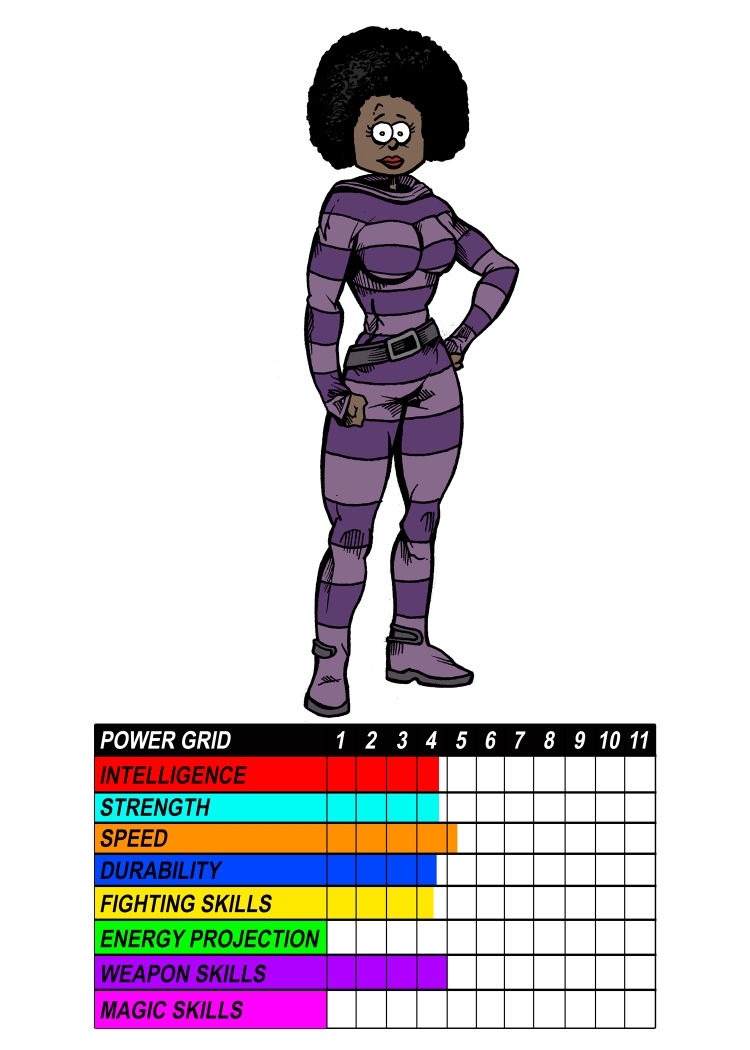 REAL NAME: Jaclyn Westbrook
ORIGIN: Jaclyn Westbrook was a hustler. She did what she had to do to make ends meet. While working with a former military man turned thief, named Frank Wheatly, Jaclyn was shot and left for dead.Instead of being killed, she found herself taken prisoner and trained by the very people from which she was stealing. Given the codename Uhura, for a while she worked as a hit woman, until she’d had enough, escaped, and tried her damnedest to make up for all the bad things she’d done by doing good. This led her to the superhero team Thunderstrike.
HEIGHT: 5’6
WEIGHT: 121
EYES: Brown
HAIR: Black
POWERS: While Uhura has no real superpowers of which to speak, she is a highly trained assassin with years of experience on both sides of the law. This makes her both incredibly dangerous and sometimes unpredictable. Her body has been worked to the very peak of physical conditioning, and her knowledge of weapons and fighting techniques are second to none.
GROUP AFFILIATIONS: Thunderstrike
FIRST APPEARANCE: Thunderstrike #1 (Original Universe)
(Originally created by Nick C. Novak)