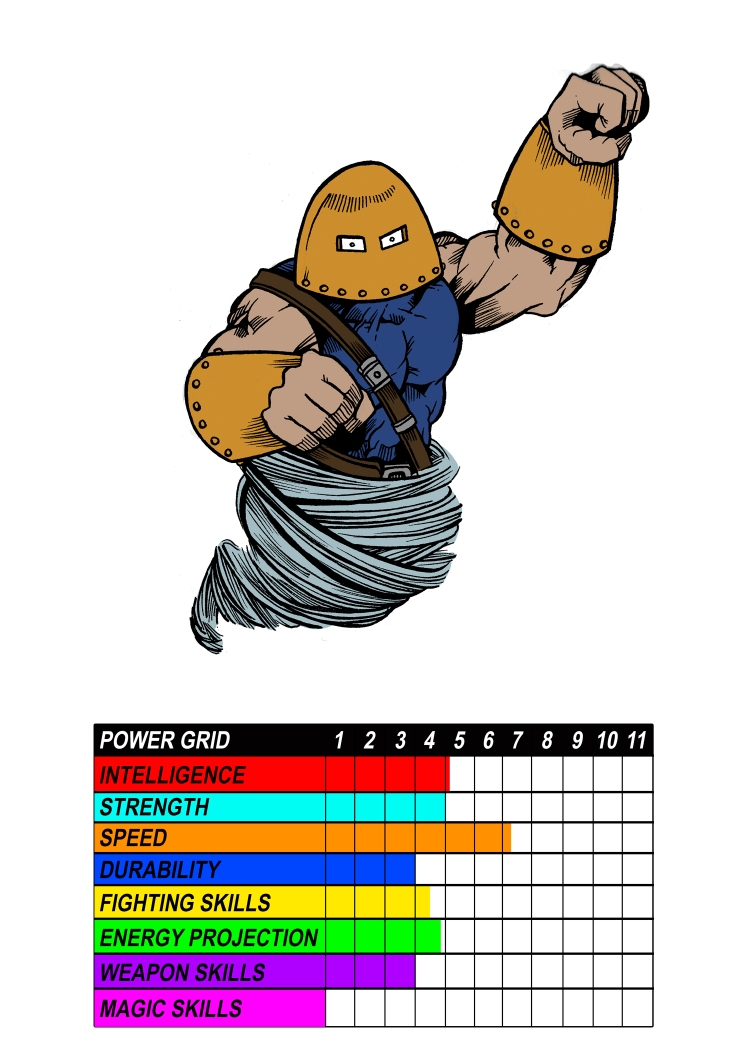 REAL NAME: Carlos Morales
ORIGIN: Carlos Morales was a professional storm chaser. He had spent his life obsessed with the weather. Its incredible power. Its remarkable ability to cause destruction. While chasing a particularly dangerous tornado, Carlos found himself swept into the massive funnel. He should have died. Instead, he awoke in a hospital and found himself with the incredible ability to create powerful winds from his fingertips. His newfound powers led him to the superteam Thunderstrike.
HEIGHT: 6’0
WEIGHT: 223
EYES: Brown
HAIR: Brown
POWERS: Besides having enhanced strength, agility, and durability, Whirlwind can conjure powerful gusts of wind from his fingertips and feet. Having complete control of the winds created he can use them as a sort of concussion blast, and even ride atop them, allowing him to move from place-to-place at incredible speeds.
GROUP AFFILIATIONS: Thunderstrike
FIRST APPEARANCE: Thunderstrike #1 (Original Universe)
(Originally created by Nick C. Novak)