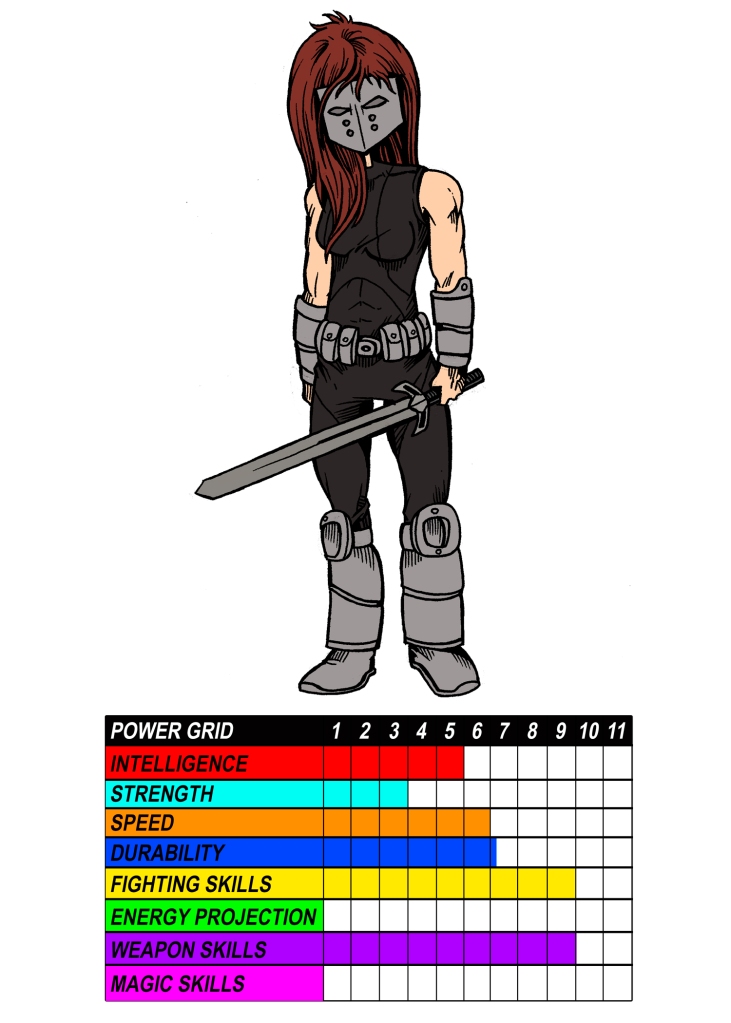 REAL NAME: Marrianne Mattney (Originally created By Nick C. Novak)
ORIGINS: Despite being the only female offspring of the planets most notorious family of supervillains, Marrianne’s childhood was no different from any of her siblings. Life was hard. Training harder. When she wasn’t being broken down mentally, she was being destroyed physically. It was a trail by fire, and she was an apt student.
With fighting ability and weapons knowledge second only to her brother, Marrianne is widely considered the most dangerous woman in the world.
HEIGHT: 5’7″
WEIGHT: 132 lbs.
EYES: Green
HAIR: Red
POWERS: Marrianne, like all of her siblings, was born with enhanced speed, strength, reflexes, and and uncanny ability to absorb punishment. Trained from an early age by the most dangerous fighters of their generation, she became a master in a multitude of fighting styles, and gained a wealth of knowledge in terms of weaponry. While she prefers swords, knives, and other bladed weapons, she is more than capable of handling any and all firearms she can get her hands on. She is commonly referred to as “The Most Dangerous Woman Alive.”
GROUP AFFILIATIONS: None
FIRST APPEARANCE: Thunderderstrike #1 (Original Universe)